The Visit to Liverpool Fc Academy 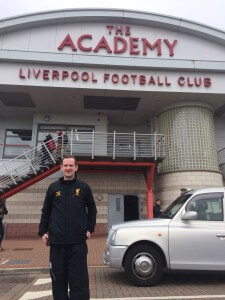 On 22nd May 2015 I had the opportunity to return and do some work with 5timesco which is a company who specialise in former Liverpool players events. I had worked previously with them when treating Jason McAteer and Robbie Fowler in the Abbey hotel in Donegal town in August 2013 and also when treating at the 2014 legends game in Anfield. It was off course a great pleasure to be invited back this year, and as Anfield had began redevelopment the event was being held at The Academy.

I arrived at the academy early, its important as the therapist to be there, set up and be prepared before the players arrive. When set up was complete I was able to view the premises and see the state of the art facilities that the club provides its academy players. I met up with a lot of the under 21 squad, the likes of Jack Dunn, Ryan Mc Laughlin and Jordan Williams were all preparing to play their final game of the season that weekend. It was a special privilege to be able to meet these future stars in their own environment. 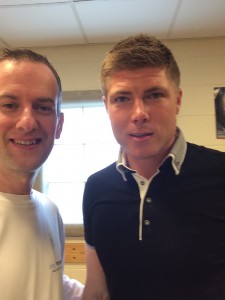 The legends started to arrive and all gathered in a room socializing and telling stories about times gone by, it was fantastic to be there, they are all really genuine in conversation, for example Neil Mellor spent 10 minutes talking to me about his injuries and the beauty of Ireland, and Jamie Carragher came out of his way to say hello and thank me for attending. I suppose you always assume that these players see so many people that they would not remember your previous encounters but that was quickly put to rest as both Robbie Fowler and Jason McAteer addressed me by name on arrival.

When all players had arrived they started to get prepared for the game. The dressing rooms at the academy are tiny and I had my bench set up in the room adjacent to the legends for any treatment requirements. There was some preparation work I needed to do on some of the players to ensure they could play injury free, but thankfully there was no major injuries and all was able to start the game. 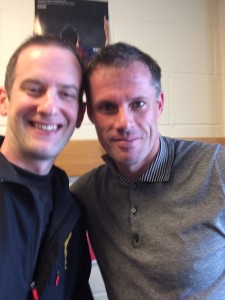 The game started with me sitting on the bench beside Robbie Fowler and Mark Wright. Players that I had idolized as a child now having general conversation about football and their insights they have had over the years. I clearly just listened. There is many a media person never mind a fan that would wish to get them opportunities so I gratefully took in my surroundings while keeping an eye out for any injuries on the pitch. Neil Mellor scored the opening goal and then came off for Robbie Fowler.

I needed to do some treatment on Neil to enable him to be prepared to go back on if required. Phil Thompson arrived and himself and Neil were having a conversation about soccer Saturday who they both work for, and giving some further insights into the lives of former players. Robbie Fowler scored the legends second goal and then it was half time. There was little or no work done on any players at half time as they all were relatively injury free.

I was in conversation with Scott Carson, he was telling me about his imminent move away from Wigan fc and Rob Jones who was asking Scott about the move. The second half began and the legends completely dominated. It was fantastic to watch. Vladimer Smicer added a 3rd  and the returning Neil Mellor added the fourth. The Fans had challenged well and played some good football but they were clearly outclassed by the experienced legends. The final score was Legends 4 Fans 0 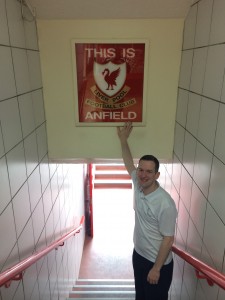 Aiden During his visit to anfield for the Legends game 2014

After the game all the legends posed for photos with the fans and interviews with the local press as I returned to the treatment room for some after match treatments. The after match treatments is generally light, as the players don’t need much attention post event. For example I treated one player with a tight neck and another who had a slight lower back spasm. Any general muscle aches from the actual match are not dealt with at this stage. The players are generally just happy to get changed and were asked to attend upstairs for match awards. At the awards the man of the match on the fans side was announced and Phil Neal had a brief speech thanking all involved for the event and letting us know the details of where the charity money goes to.

That was it,  I said my goodbye to the players and gratefully headed back to the airport, already letting the memories float in my mind. As a therapist but more importantly as a Liverpool fan I really enjoyed it and feel privileged to have had the opportunity. Many thanks goes to Sue Griffiths of 5timesco for organizing my trip over, and to all my clients for there well wishes before and after the event. Hopefully I will return again to these events in the future. 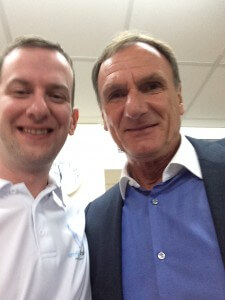 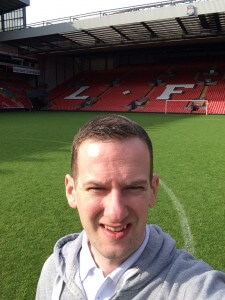 Aiden on the pitch in Anfield in 2014 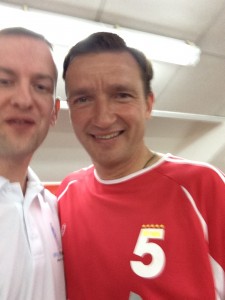 With Vladamir Smicer in 2014 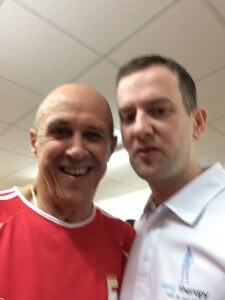 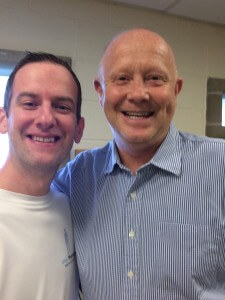 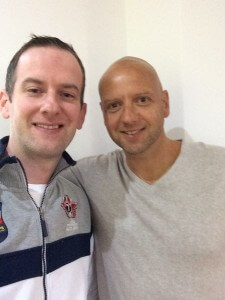 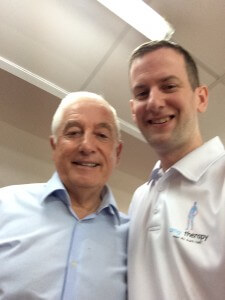 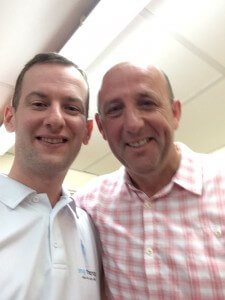 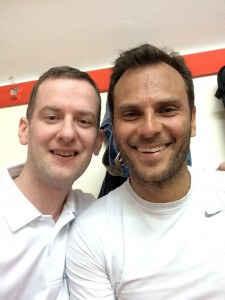 With Patrick Berger in 2014 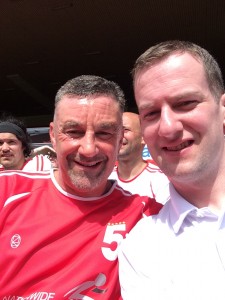 Sitting on the Bench in Anfield with John Aldridge

Aiden Mc Guirk is a qualified Neuromuscular and physical therapist based in Letterkenny Co Donegal. He specialises in referred pain and changes in sensation, and has continued success in both chronic and acute pain. He is also qualified in Frequency specific microcurrent (FSM) which has evolved what is able to be treated in a clinical environment.